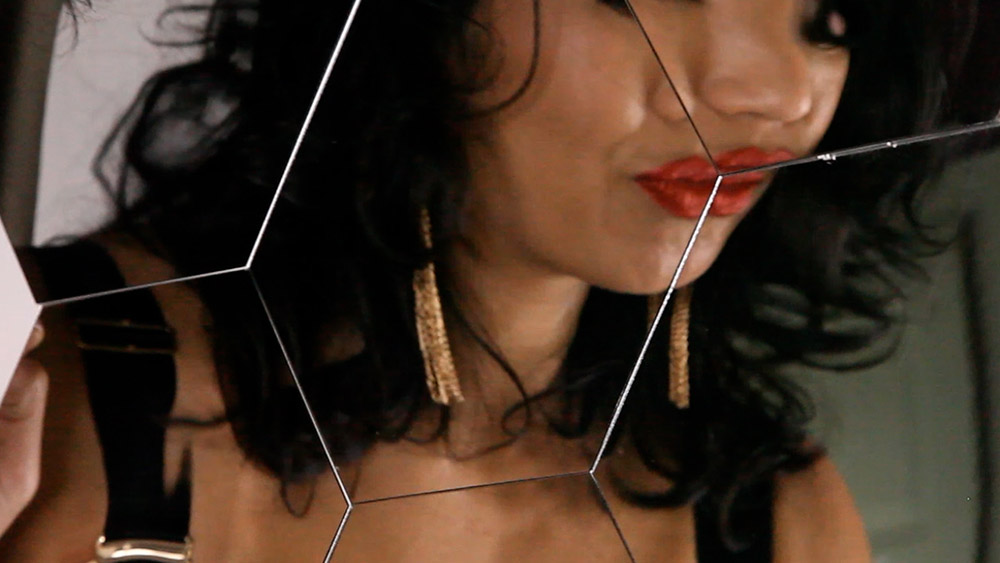 I am contacting you in my official capacity as the Diversity Officer embedded in the Office of the Vice President and Dean of the College. We are in receipt of a complaint from a student enrolled in one of your courses. The complaint centers around a statement made in class regarding ‘gay sex’. It is important that we meet to discuss the matter and a path forward. Please let me know if you are available this Friday.

I’ve said many things about gay sex but mostly to adult men who pay me to. Most of them are long out of college with disposable income; some of them may be someone’s student, but not mine. To me, they’re a client, a sub, a nasty little cock-loving faggot. And when I talk to them about gay sex, it’s called forced bi, it’s called verbal humiliation, it’s called forced femme, or slut training, or degradation.

Me: a woman with a strap on

Me: moaning into male ears

Me: oh yeah, you like My cock don’t you fucking get on your knees and show Me how hungry you are for it yeah suck on the tip and get it nice and wet don’t forget to look at Me while you’re worshipping it mmmm yeah just like that

I’ve been told that I have good verbal.

Yes, I regularly watch grown men bob up and down on phallic objects made of rubber and silicone in a variety of shapes and colors. Yes, it gives me pleasure to see them on their knees and drooling on themselves, bending over and spreading their legs apart, begging for more more oh my god don’t stop! Yes, say My name; call Me Mommy, call Me daddy, call Me Mistress, or Master, Queen, or Boss…and say it with gratitude. Yes, I am good at what I do. But I only do it here: underground. With consent. As an exchange.

More specifically, the complaint was about a comment attributed to you that, “Gang bangs are an excuse for gay sex”

So there’s the thing I call the divided feminine. And once you start to notice it you see it everywhere. Men divide us for their storylines, they divide us so they can tell stories about us to other men.They call us the Madonna and the whore. They say the one I wanna marry, and the one I wanna fuck. And the divided feminine does more than that, it does more than tell stories, it actually activates male lives… These men will say “I love women, I put them on a pedestal”, and that’s meant to be a compliment. So being held up here on this “pedestal” means we can earn safety if we are good enough. We earn access to privilege if we are “good enough” in men’s eyes.

I hear variations on this theme. Submissive males who “worship” women, who believe we are the superior sex, who call Me “Goddess” with earnestness. They say they are powerless to resist Me, they’re addicted to Me, they’ll do “anything” for Me. As they descend into My fantasy arena, they take off their wedding rings before handing Me their money.

There is one crossdresser I play with who is     white man with a slender build and a thriving business. Let’s call him M. M’s business is macho. He works with his hands, and has a shop and a garage, where he hides his panties and nipple clamps inside a locked drawer in his toolbox. On his way to see me, he’ll suction his nipples until they bulge through his tee shirt, keeping them plump by capturing the inflated areolas with slipknots tied into a piece of string. With Me, he likes to be a “good girl”, the one who is desired by the boys and girls, but only teases for “fun”. In this mode, M flirts but coyly insists that she’ll never give it up, donning a tight smile that says “look but don’t touch”. This is our starting point.

Kathryn Merteuil: My advice is to sleep with as many people as possible.

Cecile Caldwell: But that would make me a slut, wouldn’t it?

Kathryn Merteuil: Cecile, everybody does it; it’s just that nobody talks about it.

Kathryn Merteuil: That’s one way looking at it.

After pushing past M’s initial “resistance”, I make her strip. I change her out of her conservative knee length dress into a crotchless neon yellow fishnet body-stocking with cut out holes for her fat nipples to poke through. I play Britney Spears songs as M practices walking in 5-inch stilettos and crawling on the floor, flicking her tongue in and out of her mouth. Together in the mirror, we practice seductively licking our lips and batting our fake lashes. This is training time: Open your mouth, open your legs, keep everything accessible, I don’t want to feel any resistance as I slide into you. You’re nothing but a set of holes, so you better do your job. A good slut takes care of the desires of others, a good slut doesn’t think of herself—a good slut’s pleasure is derived from being useful. You do want to be a good slut don’t you? You do want to be cool and popular don’t you? Good, so you better prove to us how badly you want it. Take My cock, harder, and faster, don’t give up! Keep trying, otherwise we’re going to kick you out of the party like this and you’ll have to crawl your way home, hahahahaha This is how we groom M for a real dick in our roleplay.

So it says right here in the newspaper and this guy called up his friend to come over and fuck his passed out girlfriend. And so as the audience we’re all supposed to be focused on passed out. We’re all going “she was passed out? Was she really passed out? How passed out is passed out?” So we’re focused on this passed out part and we never stop and ask this other question which is “he called up his friend?” A guy who wants to have sex with his friend in the room is probably gay right? We’re not supposed to be asking that right? Wanting your buddy there to have sex with your girlfriend while you’re having sex with her, that’s a pretty gay thing to do right? Come on over, let’s both get our dicks out. I mean, what’s gangrape? Gangrape is men wanting to have sex in the same room, using this degraded half of the divided feminine so they don’t have to name their own desire for each another. Projecting that onto her, the slut. Drunken girl. We are being used. We are being used so they don’t have to name their divide. (38:52)

This sums up the appeal of “forced-bi”, which is now increasingly referred to as “coerced-bi” on custom clip and camming sites. Apparently, credit card processors take issue with pornography that identifies itself as “forced” but synonyms can be acceptable: Compelled, contrived, enforced, involuntary, mandatory, unwilling, affected, begrudging, binding, bound, conscripted, constrained, grudging, labored, slave, coerced.

Coerced: past participle; to have persuaded (an unwilling person) to do something by using force or threats.

Forced: adjective; obtained or imposed by coercion or physical power.

However it’s named, its essence remains the same: male subs performing gay sex acts for the pleasure of females. In this role, My presence authorizes men to act on their homoerotic desires, to embody the degraded half of the divided feminine, to perform as a homosexual but not identify as one. In this world, men are kinky, or submissive, or My slave, in which case they are bound, obligated, obliged to do as I command. And in exchange for their obedience, I perform my pleasure, which is not the same as to say I’m faking it. But my motorboat porno mouth sputtering its incessant string of lewdness? That’s something I learned from media made by men for men. That’s me reflecting the male gaze back at these guys paying to kneel in the crosshairs of their own constructed desire. That’s my mission: to transform the deployer of the gaze into its target….

The female gaze wants to call out how the male gaze divides us…The female gaze inspires a collective roar we fill with power as we corroborate one another, we collaborate, we blatantly ask the obvious questions about the divided feminine. We call out from our muted and blindfolded objectized humanity, we take our blindfolds off and say what we see: how your cis male narratives obscure reality.

Obscure: verb: to keep from being seen; to conceal.

Does the male gaze conceal reality, or is it more precise to say it structures it? In this dance we do between subject and object, between domme and sub, between woman and man, there is a choreography. In this intimate performance, our movements are complimentary: I step forward, he steps back; I slap his ass, he says thank you; I thrust in, he cries out. My desire is for money, for power, for novelty and control. His desire is to embody that set of holes, that party pig, that degraded half of the divided feminine into which throbbing dicks’ thrust two, or three, at a time. Our roles are differentiated, but they are shaped by the same forces, emergent from the same big bang. This is when I push back the curtain to reveal a disco ball inspired glory hole—a crotch level circle that’s been cut into an interior door, finished with duct tape and surrounded by adhesive hexagonal mirrors, the kind that decorates school lockers and college dorm rooms. Reflected in the thin wavy material is a hard dick, thick and stout and protruding expectantly from the center of this burst of silver duct tape. As I take M’s leash and lead him towards the hole, he looks up at me licking his lips. In this way, both M and I know the script, we’ve watched it unfold a million times on screens large and small, in productions ranging from pornos to romcoms. We’ve been studying the lines our entire lives and now it’s our turn to play the leads.