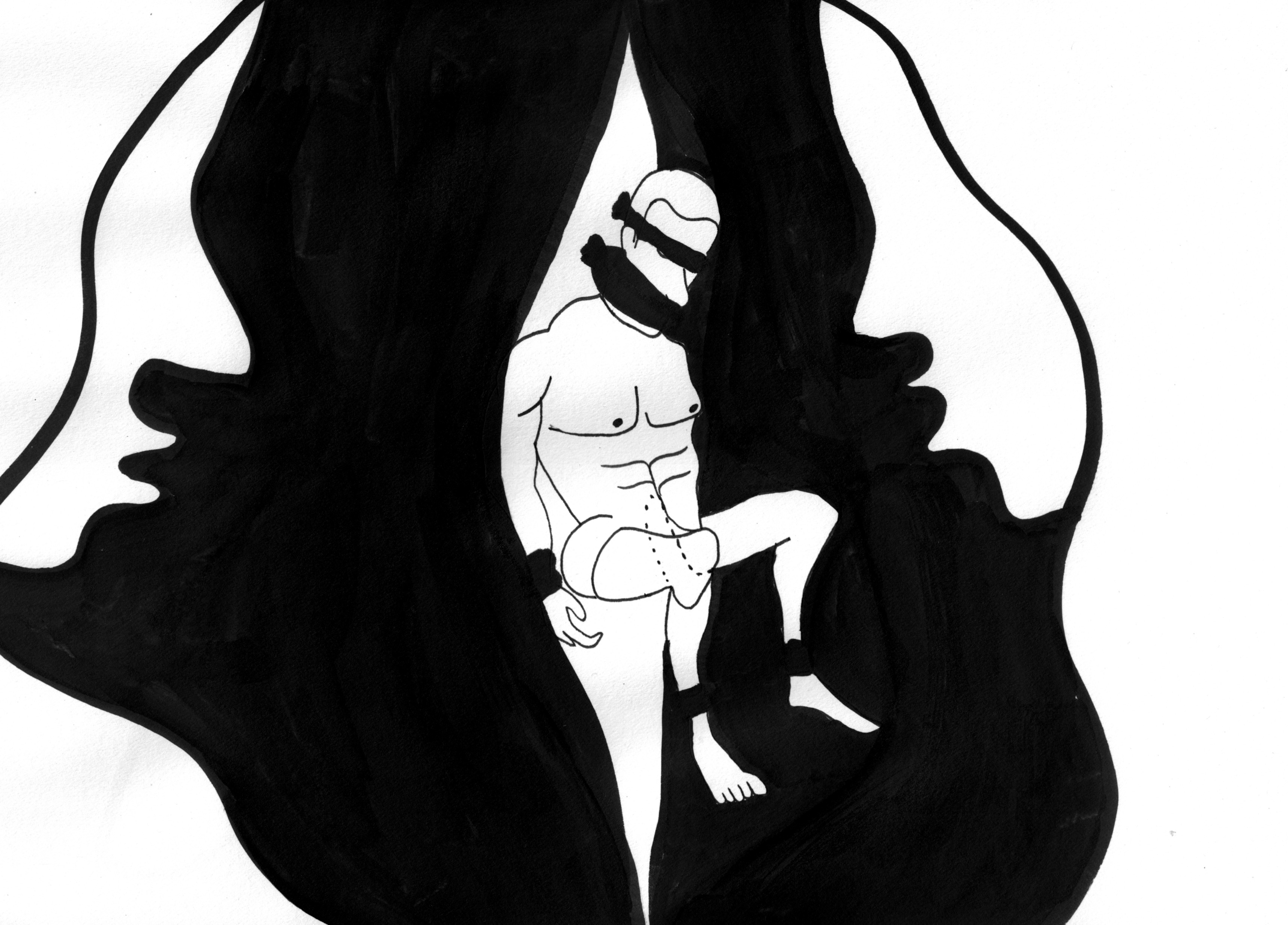 It has been a hard few months since my last newsletter. If you follow me on social media, you’ll know why but for those who don’t, here is a quick recap:

I left for vacation in NYC at the end of July. All was well until that evening when I was contacted and informed that my protégé, January Seraph, who was suffering from depression, took her life. She was living in San Francisco at the time and though I had spoken to her recently and knew of her troubles, it was still a shock. I held a memorial at my studio upon my return in mid August. It was beautiful and filled with friends but I had to leave early for an emergency flight because my father had been hospitalized for double pneumonia. Five days later he passed away and my world went dark and silent. I’ve gone through many changes since then, both mentally and physically and am just starting to feel like myself again thanks to my amazing support system.

Suffering from depression. Took her life. Hospitalized for double pneumonia. Passed away. This is some real talk. Putting away my vibrator, I feel envious of her vulnerability, her disclosure of real struggle, her naming of the forces that pull you up just to drop you down in a pile of shit. The kind of shit pile my grandma slipped into as a child. Almost drowning in the uncovered outhouse during a rainstorm, 奶奶’s small body sank quickly into her community’s human waste. Head below the surface, thick smelly bubbles of breath burst through the collective brown sludge. Someone’s hand follows the source of this effervescence, secures a fistful of hair, and drags her out by the scalp. She wipes the feces of her friends and family off her face and survives to raise three kids in a scrap metal shack. She teaches them how to make and sell century eggs by burying them in dirt, how to electrocute stray dogs dead so they can eat the meat, how to keep their heads down and live through a cultural revolution.

Now she lives with her oldest son. My dad’s house is a multimillion-dollar property. Saying this out loud makes me cringe. It makes me want to tell you how he was a deadbeat when I was growing up, how I didn’t see him between the ages of 6 and 14, how he didn’t pay child support. It also makes me want to tell you that he didn’t pay full price for this Newport Coast golf course and ocean-view estate—that he strong-armed the seller into accepting his lowball offer on a technicality, threatening to report the guy to the California Bureau of Real Estate if he didn’t. Kobe lives right there he tells me, pointing to the next hilltop over. This is the only time I’ve heard him brag about living near a black person. Saying this out loud, revealing that my dad begged, borrowed and stole (i.e. extorted and conned) his way into this place makes me feel better. You should know that about him, about me.

Did you know that Peru is the number one counterfeiter of US currency? They call them Peruvian Notes, and you can buy $15,000 of them with $3000 actual dollars. Printed in layers over worthless Venezuelan bills and finished with hand-stitched security strips, the process takes a dozen people about a week to complete. This is artisanal cash. To replicate something, you have to become extremely intimate with it—familiar with every feature, every accent. In China, this is done with goods rather than money. You like these Dolce Gabbana shades? This Versace purse? These gold Tod’s flats? Nike, Tory Burch, Valentino, Hermés all on the same t-shirt? The quality varies but this art is homage—esoteric and fetishistic. Its products are like queens—mimicking, embodying the epicenter of a fantasy in order to shake the world down by it. By now we all know about drag queens, but are you familiar with bio queens, faux queens, diva queens? Female female impersonators?

If you were to fold southern California in half by bisecting the Santa Monica coastline, Newport Coast and Camarillo would fall on top of one another. Instead of driving south from LA, you just drive the same distance north. A mirror twin to the Newport Coast mansion, the one in Camarillo features granite countertops, a gourmet kitchen, enclosed grassy backyard, in-ground pool, and a granny cottage complete with granny. It’s beautiful up here, quiet and slow. There’s a complete wing of the house, an entire floor of this 6000 square foot neo-roman style gated community construction that’s for me. I can eat anything I want from the fridge, open multiple bottles of wine—reds in the pantry, whites in the wine chiller. The in-suite shower attached to my room has large tastefully neutral tiles, a double vanity, fluffy white towels that I soil with mascara and mineral-based face powder. The throw pillows on the bed support my neck but scratch my thighs when I stuff them between my knees at night. I’m here temporarily but will likely be a permanent part of this family someday. Su casa es mi casa.

The nearest public spaces include Target and Souplantation. I hate to love how the face creams and salad toppings are arranged down a catwalk. According to the Starbucks inside Target, it’s pumpkin spice latte season so I get one—grande, 2%, with whipped cream please! I savor the flavor of fall as I thumb through OK, Star, InTouch, and Us magazine. Up and down the skincare aisle, I pump every tester and serum into the palm of my hand—gimme, gimme, gimme, squirt, squirt, squirt. I slather it on my face and check myself out: I got this look down tight. Lululemon black and white hi-rise leggings $89.99, cropped H+M muscle shirt $3.99, skin dewy and glowing from Pilates class: priceless. I’ve always heard that your body is a temple, so I’m trying to maintain this original woodwork to grow my congregation. I get in my van and there’s no traffic—life is easy, basic in this lane.

Similar on the outside, Lady Scumbag can best be described as a counterfeit Basic Bitch. Crass, self-interested, and grimy on the inside, she puts herself first, using her well-honed—if undisguised—feminine wiles to suck the resources out of unsuspecting bros and other human accessories that lay in her path. Wrapped in a thin veneer of sweetness, Lady Scumbag is a lady first but definitely not foremost. She’ll drink your beer and then piss in your lawn. Amoral, not immoral, her motives are not fueled by vindictiveness or cruelty—rather her super power stems from a blatant disregard of others’ perceptions and judgments of her character. And while lying is not her preferred method for accruing the currency of her choice, Lady Scumbag does excel at twisting the expected ambiguity of femme communication to her advantage. Utilizing desire as the path of least resistance, She is her own protagonist and can often be found with other Lady Scumbags scheming in plain sight.

I don’t have an MBA but my financial strategy has always been to sustain myself by cashing in on things I am, or am going to do anyways. In the past, I’ve profited handsomely off my periods, my fertility, my hair, my ethnicity, my old sneakers, my vaginal discharge, my shit, spit, and piss. It’s like the ouroboros—the snake eating its own tail, symbolizing infinity and wholeness. I see your sexual objectification of women and raise you a deadly case of yellow fever.

As a result, my coffers aren’t empty anymore. They can always be fuller but isn’t that just hoarding with a capitalist twist? We shame those who collect animals, empty containers, clothing items, but we never shame those who collect dollars, Euros, zeros. Instead, hoarders of capital are offered interviews, speaking engagements, book deals. There is no intervention for a family member with an investment addiction—just foundations, academic buildings, and scholarships named after them.

The line is clearly crooked so do you straighten it out when you get to the front? Or do you tell everyone else back there to deal with it as is—after all no one straightened it out for you when you were back where they are. I had to walk uphill both ways in stilettos, wearing a mini-dress that hikes all the way up my ass with my phone in my tits to get here. But why are we so invested in passing on the same traumas that hurt us? Why don’t the people at the front of the line break down the door when they get there? What role models do we have who show us how to use privilege creatively instead of just consuming it and reinvesting it in more shares of privilege?

I watch Kylie Jenner go to therapy for the first time on her reality show. Kylie talks about putting on a mask, censoring herself, creating a persona so her feelings aren’t hurt when people criticize her on Twitter, Instagram, Snapchat, Facebook, and the comments section of blahblahblahblah.com. I want to ask Kylie what it’s like to be the designer of your own prison, decorating your cell walls with matte lip stain, concealer, and foundation. What’s it like to contour and highlight the edges of your confines—to forge your own bars with wigs, lashes, and brows? To be honest though, I think I can answer my own question. From watching the step-by-step guides on YouTube, I can share that just like painting a wall, the most important step in masking your face is to prime it. Personally, I prefer Murad’s Invisiblur Perfecting Shield with SPF 30. It does double duty, simultaneously shielding your face from the sun while shielding the world from your face…

Dude, if I could get equity, social justice, world peace by sucking a dick, I’d do it in a heartbeat. But see, the deal is never that explicit because if it were, there’d be no fucking contest. Lady Scumbags would win, win, win, win, win. Every. Single. Time.

Paying for it: My first time